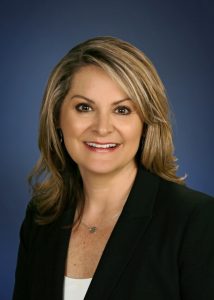 Thirty Women of Influence were selected by the editors of Central Penn Business Journal for their significant contributions to their respective fields and for their leadership in Central Pennsylvania in the following areas: civic leadership, communications, education, finance, general business, health care, law, philanthropy, real estate and technology.

Hall has been with Mid Penn Bank since 2016, joining the commercial banking group and quickly climbing the ranks to lead the bank’s Capital and Lancaster regions as Market President. She has focused on developing Mid Penn Bank’s Commercial & Industrial lending presence in the mid-state and has been involved in some of the bank’s largest deals over the last two years, closing over $90 million in commercial loans and bringing in $20 million in deposits. Hall is also the 2018 recipient of Mid Penn Bank’s Chairman’s Award, which is the highest honor presented at the bank’s annual employee awards event.

“Heather is a well-respected leader who is dedicated to the ongoing success of our organization,” said Mid Penn Bank President and CEO Rory G. Ritrievi. “Her commitment to the bank and to our customers sets a strong example to our entire team. She is an incredibly valuable member of Mid Penn Bank’s management team, and we are proud of her for achieving this recognition.”

In addition to a career that demonstrates 20 years of success in the financial and banking industries, Hall is an active member of her community. She currently serves as a member of the Harrisburg Regional Chamber Board and their Finance Committee. Previous volunteer positions include roles on the Board at both the Cultural Enrichment Fund and Channels Food Rescue, as well as volunteering with the United Way of the Capital Region, Sertoma International and her church.

Central Penn Business Journal launched Women of Influence in 2010 to recognize those who are leaving a mark on the community throughout the state.

“Through their professional accomplishments and community engagement the Women of Influence winners shape and enrich our region.” said Kathryn Ross, publisher of Central Penn Business Journal. “We are honored to recognize these women who demonstrate their influence in the community every day.”