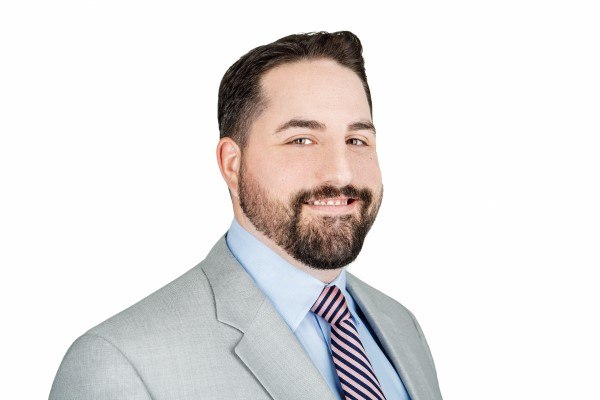 In honor of Small Business Week, we invited one of our U.S. Small Business Administration (SBA) Loan customers to share his story. Jesse Biretz is the Founder, President & CEO of Central Penn Insurance Partners, established earlier this year. He worked with our SBA lending team to achieve his goal of becoming an entrepreneur. Small businesses are the heart of the communities we serve and we recognize the critical contributions that these businesses, their owners and employees make to the local and national economy.

Born and raised the son of an enlisted Navy sailor, I had to learn some tough lessons quite early in my life. Little did I know that these lessons would be instrumental in my development as an entrepreneur. As is the nature of being a military family, we moved—a lot. Changing schools was an arduous journey: it’s hard to develop long-term relationships, to constantly have to learn a new culture and new groups of people and to find the courage to make new friends. Fitting in for a year or two at most never got easier.

My family settled in Central Pennsylvania when I was an incoming freshman at Central Dauphin High School. I graduated in 2004 and decided to pursue a career as a diesel mechanic. I was employed at a local Ford dealer as one of two diesel truck technicians, and it was–at first–enjoyable. I spent almost two years turning wrenches and found it wasn’t as I expected. At that time, I was serendipitously offered an opportunity to sell life insurance part time–with one caveat: I had to navigate the study material and pass the state exam. It was this opportunity that began a series of decisions that would lead me to where I am today.

My thought at the time was, “Why not?” I spent my evenings studying a brand-new concept: insurance. It came time to take the exam and I passed! I spent the next five months turning wrenches by day and making cold calls by night, learning this new industry from the bottom. In the winter of 2007, I was in a snowboarding accident which placed me on short-term disability from the garage. I spent those three months of recovery in the insurance office. When the time came to return to the garage, the insurance company offered me a commissioned position. This time, in addition to my previous thought of, “Why not?” I added, “What’s the worst that could happen?” The worst that could happen is I would fail in the insurance business and return to a career I did not enjoy. This was a risk I was willing to take. Over the next 12 years, I learned countless lessons, obtained several additional licenses and grew into a full-service insurance professional. I often joke that I did not attend a higher learning institution, but I learned from the best teacher of all: failure. My learning curve was vast but oh-so-valuable. Every failure came with a lesson I strongly believe can’t be taught in school or read in books.

One of my strengths, gained from the many relocations in my youth, was connecting with people and networking. I have been blessed to meet so many influential people in my community. One of those individuals is Alex Kauffman, Commercial Lender for Mid Penn Bank, and now Regional President for Scottdale Bank & Trust, a division of Mid Penn Bank, in western PA. Alex and I connected at a local mixer and our personalities jived instantly. After a few months of working together, Alex invited me to join a board he was charged with creating. He was looking for forward-thinking, influential young professionals, active in their local community. The board would be tasked with providing feedback to the bank on products, services, marketing and more. I was honored to be among the few Alex asked to begin this venture, and the Mid Penn Bank Young Advisory Board was born.

Since the founding of the advisory board, I have learned so much and met so many amazingly smart people. We have had the opportunity to sit down with the bank’s executive management team, marketing team and technology executives. It’s a rare opportunity to share a room with highly successful people, bounce around ideas, receive their input and give a little, too!

In 2018, on the heels of an amazing experience serving on the Leukemia Lymphoma Society Man & Woman of the Year campaign, the honor of being a recipient of the Central Penn Business Journal’s Forty Under 40 award along with some incredible success in business growth, I was completely blindsided by a termination. The agency I worked so hard to help build for 12 years was letting me go. It was an internal decision and there was no stopping it. It’s hard to explain the shock of news like this, especially when you expected to spend your entire career there.

Recalling those early lessons of my youth, I had a choice. I could feel sorry for myself, or I could do something productive. I was let go at approximately 2 PM and by 3 PM, I was sitting in a Starbucks writing my first business plan. My thoughts were the same as before. “Why not?” and “What’s the worst that can happen?” This time, though, I had a wife, a new son, a mortgage and bills to pay. This time, the worst-case scenario was frightening.

I explained the worst-case scenario to my wife like this: we can try this and at the end of the day, fail. We may lose the house, the cars and the money in our savings, all of which are replaceable. In the end, all we need are three seats; one for my wife, one for our son and one for me. If all we have is that and the clothes on our backs, we’ve succeeded. When you have this mindset, you need not be afraid of failure. It removes the possibility of operating from a place of fear. When we as entrepreneurs make decisions based in fear, we are not investing in the future of ourselves or our companies.

From the onset of developing my business plan, I knew two things for certain: I needed help and I needed advice. Was this idea even possible and could it work? At this point, Alex had relocated to his position with the bank in Western PA and I had grown close to Christyan Devan. Christyan is a member of Mid Penn Bank’s Young Advisory Board and a commercial lender with the bank. I called Christyan and within 30 minutes, he was sitting across the table with me working through my plan. After a few hours of work, we had, together, developed a plan that would not only work but would also qualify for SBA lending–the money I needed to get this dream off the ground.

After 12 years, I had been let go from my job without a severance or a going away package, and all the business I had written belonged to my former employer. I was starting from scratch; from literal ZERO. It took me a few weeks to compile all the information the bank needed to close on the loan. Christyan and his team at Mid Penn Bank were absolute professionals. There were no surprises or hold ups that hadn’t already been anticipated. Ultimately, I closed on a loan, a line of credit and the funds I needed for startup and carrying costs. Without all of this, there would be no Central Penn Insurance Partners.

The gratitude my family and I have for this community bank can’t be put into words. We were in a place of fear, devastation and uncertainty, and Mid Penn took us by the hand and partnered with us to see our dream through to fruition. It’s crazy to people when they ask me how many lenders I vetted before I started the company and I tell them zero. I didn’t shop rates, or terms or strategy. I had the ability to start this company completely in my vision because of the relationships I had established at Mid Penn Bank—I knew exactly who to go to for it to happen. My wife and I started this company knowing that we can do a better job than those around us because we put the relationship first. We put the client ahead of production, profits, and growth. We want to partner with our clients for life. We are here to protect what matters most to them. Mid Penn showed us that same level of partnership when they picked us up and helped us build again. They also showed us that even in the darkest moments, there is a next step and it can be everything you ever wanted.

At Central Penn Insurance Partners we preach that “success in life and in business is heavily weighed on the quality of one’s partners.” I’m happy to say we found a partner in Mid Penn Bank.